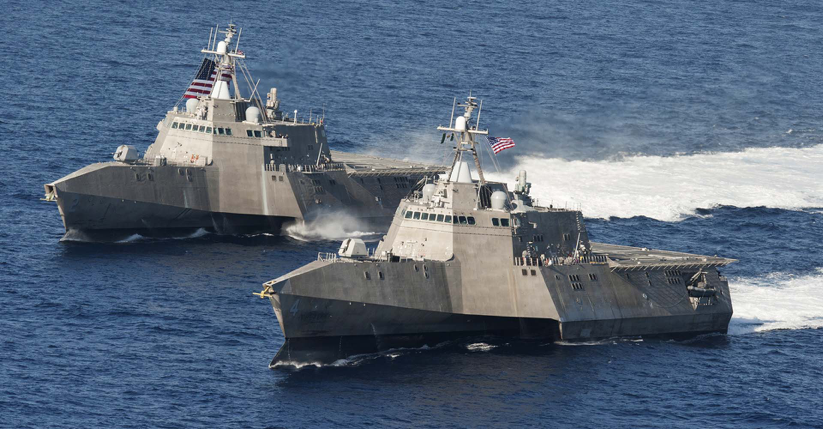 The U.S. Navy is prepared to spend a generous amount in order to meet its ambitious specifications list as it prioritizes its FFG(X) program.  Recently, the U.S. Navy  announced they are willing to spend roughly $1B per ship, which should buy a very capable surface combatant. With this news, aluminum extrusion manufacturers are eager to provide extrusions for selected frigate designers/builders.

Read all about this and the requirements set by the Navy for the FFG(X) in this recent article by Tyler Rogoway of The Drive, which says “Defense contractors from around the globe are seeing this program as a rare opportunity to get a foothold in shipbuilding for the U.S. Navy, and multiple existing foreign designs could potentially be adapted for the Navy’s use. This is in addition to well-established domestic vendors that will be competing for the opportunity with their own designs as well. Supposedly about eight designs are being looked at by the Navy, all of which were submitted following the service’s initial RFP that was released last year.”

“This is an effort to get the design right up front,” Rear Adm. Ronald Boxall, The Navy’s surface warfare director said in an interview with Defense News. “We’re looking to have a dialogue with industry to get the most capability for the best price…. we want to see what industry comes back with. From there we’ll lock it down and go into the detailed design and construction phase and we can get this thing out by 2020.”

Who are the companies that have been contracted by the Navy to compete for the frigate bid?

Aluminum extrusions have played a part in military and defense industries for a long time, and known for their contribution to the U.S. Navy’s the Littoral Combat Ships.  The LCS are agile and flexible surface combatants which operate close to shore, reconfigurable for various duties from special operations, maritime intercept, anti-submarine warfare, and reconnaissance. The Aluminum Extruders Council explains, “With design criteria stressing agility, it’s not surprising that extruded components, with their high strength and light weight, play an important role in the LCS program. Among other applications, truss sections, joined with friction stir welding, are used for decking, and T-sections, again joined via friction stir, are incorporated in the hull and superstructure.”

It will be exciting to see which ship will become the U.S. Navy’s next frigate, and what 2020 will bring.

Founded in 1973, Taber Extrusions originally pioneered a process for extruding rectangular billet which enables the company to extrude solid profiles up to 31 inches wide or hollows up to 29 inches. Taber expanded with the purchase of an extrusion facility in Gulfport, MS in 1995 which houses a cast house, two additional presses, and a fabrication area that has been expanded multiple times. Taber continues to extrude billet in a wide range of alloys and sizes, and has diversified its markets beyond military since its inception to include aerospace, automotive, marine, infrastructure, and sporting goods, among many others. For these markets, the company supplies cast and extruded products in a variety of soft and hard alloys. Today, Taber Extrusions is proud to announce the launch expanded capabilities to include aluminum micro-extrusions.

If you have any questions please visit taberextrusions.com or contact one of Taber’s Regional Sales Managers. Taber Extrusions is committed to continue their legacy by saving clients time and money with custom aluminum shapes extruded with precision and the full range of aluminum alloys.