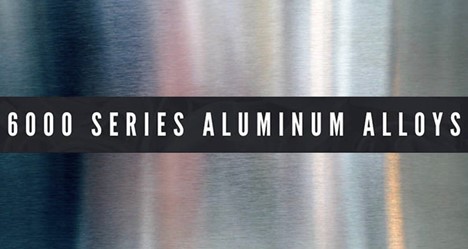 An Aluminum alloy is created when aluminum is mixed with other elements such as silicon or magnesium and other elements.  There are many benefits to using alloyed metals as opposed to pure metals, as alloys allow us to extract the desirable properties and leave the undesirable ones behind. Aluminum by itself is great, but by integrating other elements into the mix, we have the opportunity to introduce various degrees of hardness, durability, ductility, tensile strength, and toughness.

Combined with its great strength, corrosion resistance, and other excellent qualities, you have a perfectly suited alloys for a multitude of uses in numerous end applications. Extrusion companies, such as Taber, offer manufacturers a wide variety of aluminum alloys to be specified by the customer depending on the applications in such industries as infrastructure, automotive, and appliances. This article dives into the topic of aluminum alloys, specifically the most predominant alloy family used for aluminum extrusions — 6000 series aluminum alloys.

In one of our previous blog posts, we defined an alloy as a mixture of metals, and in the case of aluminum alloys, the all alloys contain between 90 and 96% aluminum. Different alloy mixtures are classified into a series according to their unique characteristics. A four-digit number is used to identify alloy mixtures. The first digit of the number identifies the series (class) of alloy they belong to:

The 6000 series is an aluminum alloy family which contains magnesium and silicon as predominat alloying components. The remarkable properties of 6000 alloys are their extrudability, excellent strength, and high corrosion resistance. 6000 sereies alloys can also be thermally treated to enhance their strength properties. Extrusion products in the 6000 series are perfect choices for structural and architectural applications. 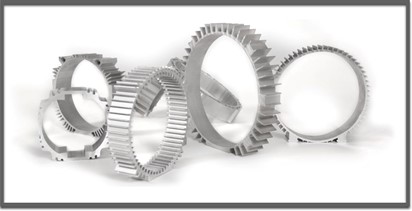 6061 is very popular for its characteristic toughness in medium- to high-strength applications. It is the most versatile and most used alloy of all the other 6000 series alloys because of its heat treatability and comparably easy machining and welding. 6061 alloys contain magnesium and silicon, which gives them a much greater corrosion resistance even on abraded surfaces.

Uses of this form of 6000 series alloy include applications from transportation, to infrastructure to more every  day uses like fly fishing reels, firearm suppressors, non-flight critical aircraft components and automotive components. 6061 is available in many forms, including extrusion sheets, and forgings.

6063 is also an aluminum alloy with magnesium and silicon. First, it has lower magnesium and silicon levels, it is only half as strong as 6061, making it suited for applications where strength is not the fundamental consideration. Secondly, with the lower amounts of alloying  components, achieving higher surface finish criteria is also possible.

6082 alloy is generally known as “structural alloy” and provides one of the highest strengths of all the 6000 series aluminum alloys. It is a good alternative for engineers who don’t want to invest in the stronger 2xxx/7xxx series and also enables the ability to extrude more complex shapes not posible in 2xxx/7xxx alloys.  6082 is an alloy with silicon and manganese. It is commonly known for machining, and it also features excellent weldability, cold formability, and corrosion resistance. Its high amount of manganese allows it to control its grain structure, resulting in a stronger alloy that is perfect for general purpose applications that require an extra degree in strength and toughness. One drawback is that it is harder to form thin-walled, complicated extrusion shapes using 6082 alloys versus other alloys in the 6000 series family.

6082 is a relatively new alloy in North America and gaining wider acceptance, and in some applications, it can replace 6061 because of its higher strength capacity. It is typically used in highly stressed applications such as bridges, towers, trusses, structural automotive, and structural marine applications.

6005 alloy contains greater amounts of silicon which reduces its melting point and enhances its extrudability. 6005A, on the other hand, contains higher amounts of chromium which reduces its susceptibility to stress corrosion and improves its toughness. 6005A also contains extra manganese, which increases its strength and extrudability. Producing thin-walled and intricate extrusion can be difficult with 6005, but it still has better extrudability than 6082. Both 6005 and 6005A possess excellent bending capabilities and a better mill surface finish than 6061. These two alloys can both be welded or brazed easily using commercial methods, but the heat from welding can diminish the strength of the alloy. Both 6005 and 6005A offer excellent corrosion resistance, finishing characteristics, and respond well to standard anodizing methods creating clear, clear and color dye, and hardcoat finishes.

6005 and 6005A are typically used for applications that require intricate extrusions such as tubing for furniture, components for railways and busses, pipe, portable ladders, and applications where much greater strength from 6063 is needed, as well as in some marine applications. 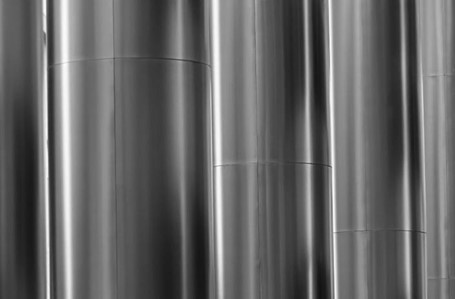 Taber is considered a leader for specialty products such as 6000 series aluminum extrusions for use in many applications. 6000 alloys represent the vast majority used in the production of profiles for Taber Extrusions’ customers. Taber has focused on producing 6000 series alloys and has gained the expertise needed to meet these alloys’ rigorous manufacturing and processing requirements.

Founded in 1973, Taber Extrusions originally pioneered a process for extruding rectangular billet, enabling the company to extrude solid profiles up to 31 inches wide or hollows up to 29 inches. Taber expanded with the purchase of an extrusion facility in Gulfport, MS, in 1995, which houses a new state-of-the-art cast house and two additional presses, microextrusion capabilities, and expanded the fabrication area multiple times.

Taber continues to extrude billet in a wide range of alloys and sizes and has developed its markets beyond the military since its inception to include aerospace, automotive, marine, infrastructure, and sporting goods, among many others. For these markets, the company supplies cast and extruded products in various soft and hard alloys.

Today, Taber Extrusions has completed the addition of in-house friction stir welding capabilities and carries on their offering of extruded aluminum components, value-added machining services, and raw material supply to the North American market – making them a vertically integrated supplier of FSW panels and assemblies never before seen in North America.

Interested in becoming a part of the Taber Team? Submit your resume to careers@taberextrusions.com.