In 1991, an elegant new way to weld metals revolutionized the world. The process known as friction stir welding (FSW) moved welding out of the Stone Age and into the technology age, allowing precise, mess-free welding.

Friction stir welding is a solid-state joining process where a rotating and traversing FSW tool generates sufficient frictional heat along a joint between two metals to form a weld. It can be considered a “green” approach to joining since an external heating source is not needed and is more environmentally friendly than other methods since neither a flux nor a shielding gas are required.

There are several strength, speed, consumption, and cost benefits associated with friction stir welding. Many of these advantages are due to the fact that there is no microscopic melting during FSW, so the process is free of problems associated with traditional welding, such as porosity, lack of fusion, and change in material.

In this blog, we will discuss a remarkable benefit also associated with FSW: the ability to weld dissimilar aluminum alloys.

Industries such as aerospace, military, transportation, manufacturing, and cargo ship production have a pressing need for welding dissimilar metals. Welding, instead of riveting, joints can produce significant cost savings while reducing the weight of their vessels or constructions. 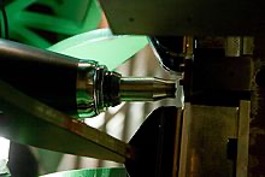 For example, the different melting temperature, thermal conductivity, coefficient of linear expansion, and heat capacity of steel and aluminum causes their joint to be brittle whenever they are fused.

Fortunately, FSW has proven to be an effective way to join similar and dissimilar aluminum alloys. In contrast to traditional fusion welding, FSW is free of the problems associated with fusion welding of dissimilar alloys, like porosity, segregation, and liquation cracking. For these reasons and more, higher joint quality is a characteristic of this approach.

FSW’s ability for welding dissimilar aluminum alloys at an industrial level is aided by being a solid-state welding technique. 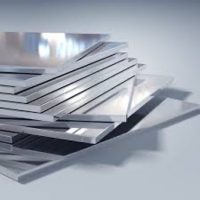 The Future of Friction Stir Welding and Dissimilar Alloys

Despite FSW’s success with aluminum, not every combination of metals can currently be welded by FSW, including some aluminum alloys. The formation of intermetallic compounds lowers weld quality.

Monumental efforts in research and development are being applied to the achievement of these FSW goals. This involves a lot of trial and error with spin speed, spin head and pin materials, and joint configurations.

Other options, such as submerged friction stir welding — submerging or having water run over the welding zone — might solve common problems associated with dissimilar welding alloys. The water helps extract heat from the joint, decreasing grain size and increasing tensile strength.

In other research areas, techniques such as friction stir knead welding have been used successfully to weld together very thin aluminum sheets with steel. The distinguishing feature of this variant of FSW is that it does not use the pin portion of the rotating tool.

In America, Taber Extrusions added a 60,000 square foot expansion to their facility in Russellville, AR, giving them FSW capabilities. The machine allows for Taber to continue producing their extra wide profiles. Through this addition, Taber can continue to create stronger, environmentally friendly aluminum welds at a much faster speed for clients.

With the promising future of FSW, Taber has established itself as a key-player for futuristic welding. 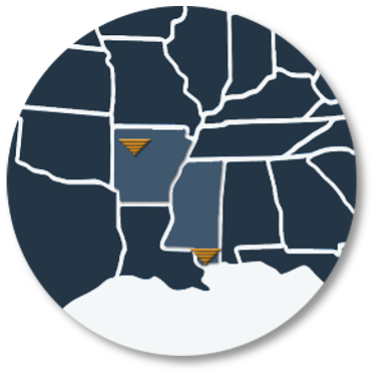 Founded in 1973, Taber Extrusions originally pioneered a process for extruding rectangular billet which enables the company to extrude extra-large aluminum extrusion profiles up to 31 inches wide or hollows up to 29 inches. Taber expanded with the purchase of an extrusion facility in Gulfport, MS in 1995 which houses a state-of-the-art cast house and two additional presses, micro-extrusion capabilities, and the fabrication area has been expanded multiple times.

Taber continues to extrude billet in a wide range of alloys and sizes and has diversified its markets beyond military since its inception to include aerospace, automotive, marine, infrastructure, and sporting goods, among many others. With in-house casting solutions, ultra-precision extrusion manufacturing, friction stir welding capacities, and a full range of hard and soft aluminum alloys, Taber continues to align itself as an industry leader in having the broadest available capabilities.

Today, Taber Extrusions is proud of its recently added VF-12 CNC machining line and a full offering of extruded aluminum components, value-added machining services, and raw material supply to the North American market. Adding these capabilities to a growing portfolio propels Taber into the future in a quest to continuously improve the quality and service we provide to our customers.

Thank you for your continued support of Taber Extrusions, LLC. If you have any questions, please visit taberextrusions.com or contact one of Taber’s regional sales managers.

The only blip on Tesla’s radar over the past year or so has been that pesky battery fire problem. While these incidents have made for some spectacular videos, the truth is that they  occur in statistically minimal amounts. However, Tesla’s known for their innovation and attention to detail, and considering the coverage this issue has gotten, it’s no surprise that they’ve responded quickly – and aluminum is part of the solution. From CleanTechnica:

In response to two road debris-induced road fires that were front page news, Elon Musk announced the Tesla Model S will get a titanium-reinforced underbody shield. That should silence the haters and doubters who thought the Tesla was a firetrap.

All new Tesla Model S sedans built after March 6th have been equipped with the new battery shield, and existing Model S customers can get the upgrade, free of charge. The battery shield consists of three separate layers of aluminum and titanium designed to deflect and absorb energy from road debris before it ever reaches the battery pack.

Head over to CleanTechnica for videos of this new shield in action. If this issue was causing you to hesitate on purchasing a Tesla, the new shield might just change your mind.

Tesla was just the start. Ford was the next domino to fall. Now, America’s other big auto manufacturer is ready to follow suit. General Motors must think aluminum is a good idea, because a report from the Wall Street Journal states that the company wants most of their truck fleet to have aluminum bodies by 2018.

General Motors Co. GM +0.66%  is accelerating efforts to field a largely aluminum-bodied pickup truck by late 2018, under pressure from federal fuel efficiency standards and archrival Ford Motor Co. F +0.17%  , according to people familiar with the matter.

The No. 1 U.S. auto maker recently locked-in supply contracts with Alcoa Inc. AA +4.56% and Novelis Inc., which are now working to increase their aluminum sheet production to supply the next-generation GM pickup, the people said. Aluminum sheet for automotive bodies is in such high demand that companies need to order it years in advance.

The push to develop what the industry calls an “aluminum intensive” large pickup marks an apparent change of direction for GM, which has pursued smaller and lighter weight steel-bodied trucks.

The article goes on to state that Chrysler, the other member of Detroit’s Big Three, is looking to increase fuel efficiency by looking at other options: transmission mechanics, axle efficiency, and gasoline options. From our perspective, though, we’re inviting them to come take a look at the aluminum revolution — we think they’ll be pleased with what they find.

Tesla’s Model S may have been 2012’s Car Of The Year, but the folks at Volkswagen think they’ve got another industry changer — and once again, aluminum is a big part of it. The Volkswagen XL1 is still an experimental vehicle, one that will see limited production over the 2013 calendar year, though it’s certainly notable for its eye-popping 261 MPG. That’s two gallons of fuel required to drive between the Bay Area and Los Angeles. It also features an all-electric mode that supports a range of 31 miles.

The XL1 weighs in at approximately 1700 lbs — in comparison, the Model S weighs in at 4600 lbs while the Toyota Prius comes in at 2900 lbs. This mass savings stems from a variety of design choices, including heavy use of aluminum and composite (carbon fiber-reinforced plastic) as primary materials construction. From Plastics Today:

A total of 21.3% of the new XL1, or 169 kg, consists of CFRP. In addition, Volkswagen uses lightweight metals for 22.5% of all parts (179 kg). Only 23.2% (184 kg) of the new XL1 is constructed from steel. The rest of its weight is distributed among various other polymers (e.g. polycarbonate side windows), metals, natural fibers, process materials and electronics.

Thanks to CFRP, the XL1 is not only light in weight but also very safe as well. This is due in part to the high-strength and yet lightweight CFRP monocoque. In an emergency, it provides driver and passenger with the necessary survival space. The intelligent design of the load paths, including the use of sandwich structures in the monocoque, is responsible for this. In addition, the aluminum structures of the front and rear sections absorb the majority of the impact energy.

These principles were likewise implemented in the design of the CFRP doors, where an aluminum absorbing beam is responsible for the absorption of the energy; moreover, a stiff CFRP door frame minimizes the intrusions into the CFRP safety cell. The rescue of the passengers was also given a great deal of attention: In case the XL1 overturns and comes to a rest on the roof, pyrotechnical separating screws facilitate the opening of the doors (swing doors).

Of course, the XL1 isn’t going to be available at your local VW dealer. Only 250 vehicles will be produced in 2013, primarily for the European market. Still, with the world’s focus on fuel efficiency, it makes sense that this concept car may go from a mid-2000s pipe dream to occupying dealership space at a lot near you…someday.