Faster Than a Speeding Bullet: Aluminum Trains of the Future

A futuristic, levitating train is in the works by Hyperloop One. Their secret to making it possible? Aluminum.

This levitation train travels at a low-pressure speed of 760 mph, but don’t let that figure blow your hair back. Inventor of the train Elon Musk says that the train will be a “a mix between Concorde, a rail gun, and an air hockey table that could take you from Los Angeles to San Francisco in under 30 minutes.” 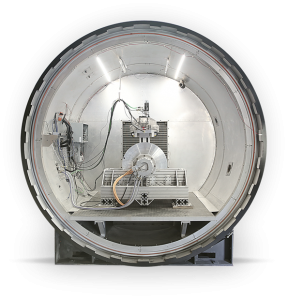 In order to cut costs and keep the train lighter, designers opted for an aluminum “Hyperloop Levitation System” instead of traditional copper coils that make up other Maglev train systems, such as the one in Shanghai, China. Turning to aluminum as a less expensive material alternative increases the chances for levitation trains to be considered feasible transportation alternatives in the future by keeping them more affordable.

Although critics have doubted whether Hyperloop’s ultra-fast train will ever come to fruition, a major step in that dream becoming a reality was taken yesterday. In the middle of the Nevada desert, just outside of Las Vegas, Hyperloop’s first ever real-life demo took place (video).

Read more about how the demo went and watch some cool footage of the testing here. Or, read what USA Today had to say about the mean, lean, aluminum machine.

We here at Taber are interested to know what kind of extrusion shapes would go into this levitation system, and just how big those extruded aluminum parts might be. We would assume that for longevity and performance purposes, the extrusions would be heat treated, anodized, and machined. Aluminum fabrication and machining would be standard on parts like these.

Taber has provided machining and fabrication services for extruded aluminum parts in the past within the transportation and infrastructure industries. A levitation system, however, would be a first; and something that we would love to set our CNC machining team loose on!

Maybe one day Taber will be working on machining aluminum parts for levitating trains, planes, and automobiles. For now, though, we’re happy to stay grounded